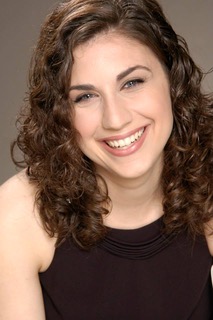 Stephanie Jabre most recently performed the role of Iris in St. Petersburg Opera’s Production of Semele. Other recent roles include Mary Hatch Bailey in the Larry Keeton Dinner Theatre’s performance of It’s a Wonderful Life and both Lauretta and Suor Genovieffa in the St. Petersburg Opera double bill production of Gianni Schicchi and Suor Angelica.

Stephanie also made her debuts both with New York City Opera and the Metropolitan Opera Guild where she performed in both the ensemble and sang Lauretta in the Met Guild’s concert performance of Gianni Schicchi at Lincoln Center.

Stephanie is a graduate of the esteemed Manhattan School of Music and was a regional finalist in the New York City Eastern Metropolitan Opera Finals.